RMG – "We give assistance, we help, we accompany": verbs never forgotten by Salesians in Africa and America in the time of Covid-19

Argentina – Map of Salesian hope for poor suffering from Covid-19

Read more
Last News
> RMG – Book published: "The Salesian Family of Don Bosco"
> RMG – "We give assistance, we help, we accompany": verbs never forgotten by Salesians in Africa and America in the time of Covid-19
> Argentina – Map of Salesian hope for poor suffering from Covid-19
> Chile – Salesian Solidarity in times of crisis: "This scenario calls us to not stand by"
> Peru – UNHCR and Salesians united in favor of blocked migrants. "The poor will never find God indifferent"
> Thailandia – Salesian Cooperators' advice to young people in conflict with the law
> Democratic Republic of Congo – Living confinement in Bukavu
> Haiti – Information and prevention against COVID-19
> Germany – In times of Covid-19, Salesians fostering digital proposals
> Spain – "We will overcome it together": "Misiones Salesianas" joins fight against coronavirus

Italy – A great Salesian leaves us, due to Covid-19: Msgr. Angelo Moreschi 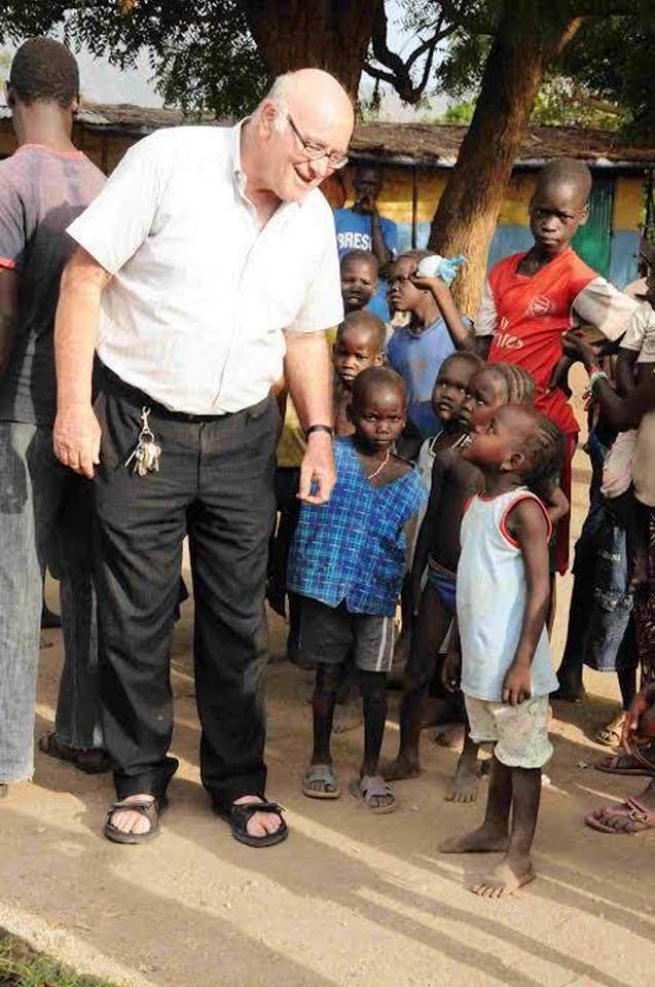 (ANS – Brescia) – The Salesian community mourns the death of the Apostolic Vicar of Gambella (Ethiopia), namely Msgr. Angelo Moreschi, SDB, who died today, March 25, in Brescia (Italy) due to the coronavirus.

Archbishop Moreschi was born in Nave (Brescia) on June 13, 1952. He attended the Salesian novitiate in Albarè, made his first religious vows on September 1, 1974, and perpetual vows in Cremisan (Israel) on August 15, 1980. He was ordained a priest on October 2, 1982, in Brescia.

Going to Ethiopia as a missionary, he served as a parish priest and Director in Dilla (1991-2000) and held the office of Provincial Councilor for the then Vice-Province Africa Ethiopia-Eritrea (1998-2001).

In his mission as prefect and then as apostolic vicar, he continued to embody the Salesian focus in helping children, accompanying them by his practical spirit and his strong apostolic zeal. In his visits to the villages, they still remember when the Salesian arrived with a battered SUV – or by motorboat in the villages along the Baro river when the roads were flooded – and he immediately began to distribute multi-vitamin biscuits to malnourished children.

Bishop Moreschi leaves this land after serving the young, the poor and his flock of souls as a Salesian for 46 years, as a priest for 38, and as a bishop for over 10.