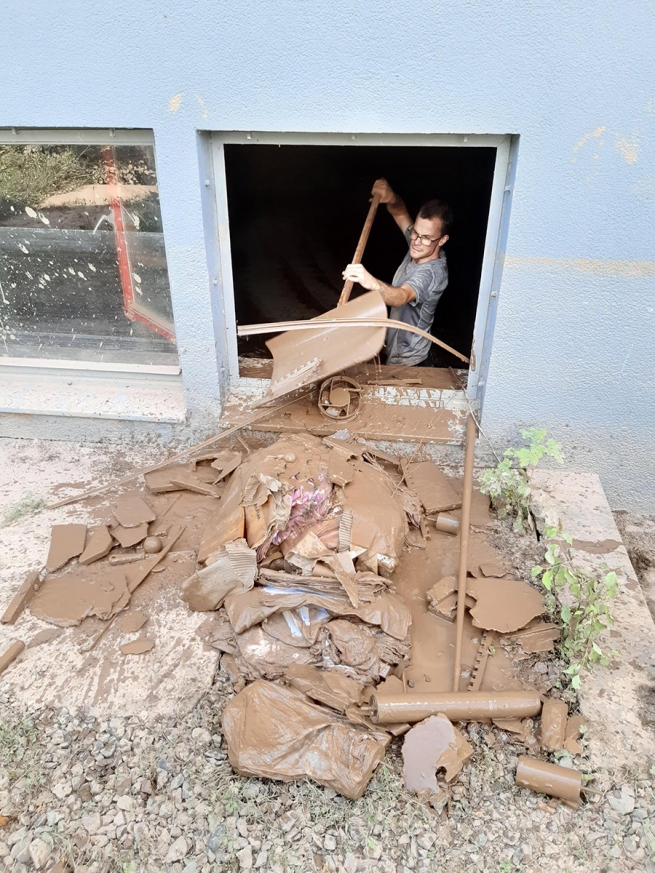 (ANS – Trier) – After several days marked by heavy rains, which caused dramatic floods, the situation is still very serious in some areas of western Germany. As of this weekend, the death toll has risen to over 150 and scores of people are still missing. Many had to leave their homes and spent the night outdoors. Some structures of the Salesians of Don Bosco were hit by the floods and numerous properties were damaged.

An assistance group in the city of Trier was evacuated due to the floods. The group, which looks after children between the ages of six and twelve, is currently housed in the main house of “Don Bosco Helenenberg”. Until now, it is still unclear when they will be able to return to their rooms.

The rain also flooded the cellar in Trier. “Bicycles, therapeutic toys, the pool table and table soccer, everything we had was destroyed,” said Sieglinde Schmitz, director of “Don Bosco Helenenberg”. Now, the power supply will have to be fixed, the heating system carefully controlled, as well as all the appliances. Everyone who can is helping with the cleanup. “Many teenagers and other volunteers are clearing pipes clogged with mud with their hands,” says Sieglinde Schmitz proudly.

“Don Bosco Helenenberg” and “Don Bosco Trier” thus try to help as much as possible. Teachers and students from the Valdocco school are giving relief to the kindergarten in Welschbillig, while the monastery shop and the Helenenberg bakery have provided meals, especially bread, slices of cake and coffee.

Less serious was the situation at the “Don Bosco Jünkerath” work, which had only a power outage and some problems with the telephone connection and access to the Internet. Because of their higher position they didn’t have much difficulty. So the team working there wants to offer accommodation facilities to families with children. It is possible to ask “Don Bosco Jünkerath” for help.

In the region of Cologne, Bonn, Jünkerath, Helenenberg and Trier, the numerous employees who work for the Salesians are worried about the huge losses they have suffered. Their homes are mostly flooded, their properties are damaged and many families find it impossible to return to their homes.

“Our thoughts are with them and with all the other people affected by the flood,” they write from Germany, inviting them to pray for all those involved in this terrible disaster.